The MiddleEast region is notorious for reduced vitamin D levels in the body, and obesity as independent risk factors for poor reproductive outcome in a region-specific manner.  It is important to develop educational public health strategies for couples with the aim to increase public awareness about the impact of these issues affecting female fecundity (reproductive potential).

Vitamin D deficiency is considered to be responsible for a reduced probability of impregnation and an increased risk of pregnancy complications. It is related to reduce reserve of eggs in the women which is called AMH (ANTIMULLERIAN HORMONE). It can affect egg quality and pregnancy rates in infertility treatment.

In the Middle East, different factors contribute to low sun exposure and low vitamin D levels in women of reproductive age. Not unexpectedly, a high prevalence of vitamin D deficiency (serum 25(OH) D < 25 nmol/L or 10 ng/mL) has been reported in countries where there is a dress code of wearing concealing clothing. The Middle East countries have the highest vitamin D deficiency rates in the world, ranging from 67% in Iran, 55%–83% in Jordan, 84% in Lebanon, and up to 90% in Saudi Arabia.  There is enough scientific evidence confirming the significance of sunlight exposure in vitamin D synthesis. Besides dress code, vitamin D deficiency has been associated with insufficient dietary intake of vitamin D, environmental conditions, and population’s characteristics, as well as the increasing time spent in indoor activities (i.e., computers, television).

Accordingly, specific measures aiming to counteract these factors have been suggested for population in most of the Middle East countries, such as Lebanon, Jordan, Saudi Arabia, Turkey and Iran. These measures include vitamin D fortification of milk, dairy products, or other foods and beverages, or use of multivitamin tablet, as well as encouragement of a more active outdoor lifestyle.

Elevated body mass index (BMI) (>30 kg/m2) seems to be related to an increased risk of infertility due to hormone abnormalities and ovulation dysfunction. Particularly, menstrual irregularities, anovulation, and low conception rate have been associated with obesity through its effect on the hypothalamic pituitary ovarian axis.

Various multidisciplinary actions such as stress management, social support exercising, and lifestyle modification should be used together to manage the problem of obesity in Middle East countries effectively. 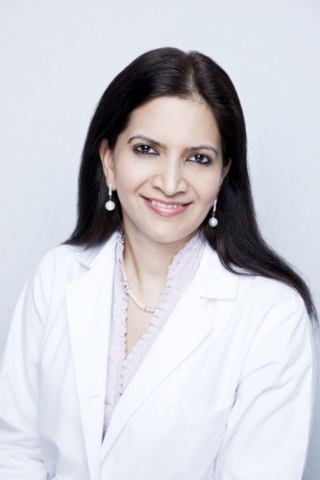